Open data systems have paved the way for more accountable governance structures and systems to develop better metrics, risk mitigation techniques, and ways to address root causes of problems rather than symptoms. Through the use, reuse, and distribution of public datasets, governments can also promote citizen-centric innovations and services.

Open government data practices harbingered by the RTI (2005), are also of immense use to the government too, as they ease the process of finding and locating information, standardize information gathering and processing. Further, citizen interaction with the data can help detection of aberrations (obsolete or inaccurate datasets) which might have been unnoticed by governmental agencies.

However, the practice of open government data is not sufficient, divulging information in accessible and usable formats is of paramount importance. As it is only then the citizens, civil society organisations (CSOs), and most importantly marginalized groups can actively engage with these public datasets and localize them to come up with strategies to solve the social issues that scourge their communities.

Public Secrets: Data is the cornerstone  for democracy and development

Maja Daruwala has devoted more than 40 years of her career to human rights, social justice, and issues relating to civil liberties. She is currently the Senior Advisor for the Commonwealth Human Rights Initiative (CHRI), where she previously served as the Director for twenty years until 2016. While heading the CHRI, she was one of the champions advocating for the enactment of the Right to Information Act (RTIA), 2005, the Act that shifted the governance gears from monarchical, guarded, and inaccessible systems to democratic, transparent, and accessible systems; the act that instils true essence of democracy in the society. Once the Act was enacted, she pushed for its implementation through capacity building and training exercises for civil society organisations, duty holders, along with monitoring of the act’s implementation until RTIA started being used in common parlance.

Through the sustained and laborious efforts of civil societies, advocates, and activists, roughly 13 lakhs (1.3 million) RTIs are filed each year now (as per Central Information Commission Annual Report 2020-2021), and around 3.2 crores (32 million) Indians have filed RTIs since the act’s inception. RTIA came in the light of an exposed glaring gap in the Indian Constitution, fundamental rights like the right to speech and expression (Article 19.1.(a)), tie up closely with the right to know. In the 1950 judgement by Supreme Court in the case of Romesh Thappar v the State of Madras , it was brought to attention that the freedom of discussion should be included in the Article 19 (1) (a) of the constitutition, and that freedom of the press be a facet of the freedom of discussion so the citizens can be effectively informed to form their own views and communicate them freely, outlining the principle, ‘the right to know’. Since then, there had been an aspiration to get ‘right to information’ on the statute books, which took form into a long and an arduous fight until the enactment of the RTIA. RTIA is an enactment that realises fundamental rights than a statutory device for administrative efficiency and a check against rampant corruption and the lack of transparency. On why the right to know belongs to the people,

Maja Daruwala makes the point that “It is a fundamental right essential to democratic function. Denial is a violation[..]. It is no favour for public servants and authorities to put information into the public domain. Too much accretion of power must be ameliorated, and that is through statutory right to information. It is your right to know because the information is collected for a public purpose, by public servants, with public money, and is collected from the public. There is no question of keeping that information away from the public. The only thing that must be protected is individual privacy, and information shown to be demonstrably necessary to keep away, for which there must be strong justification and exceptions to openness must be kept to a very narrow band. Jurisdictions that have done this have prospered and their democracies have deepened in a very meaningful way.” 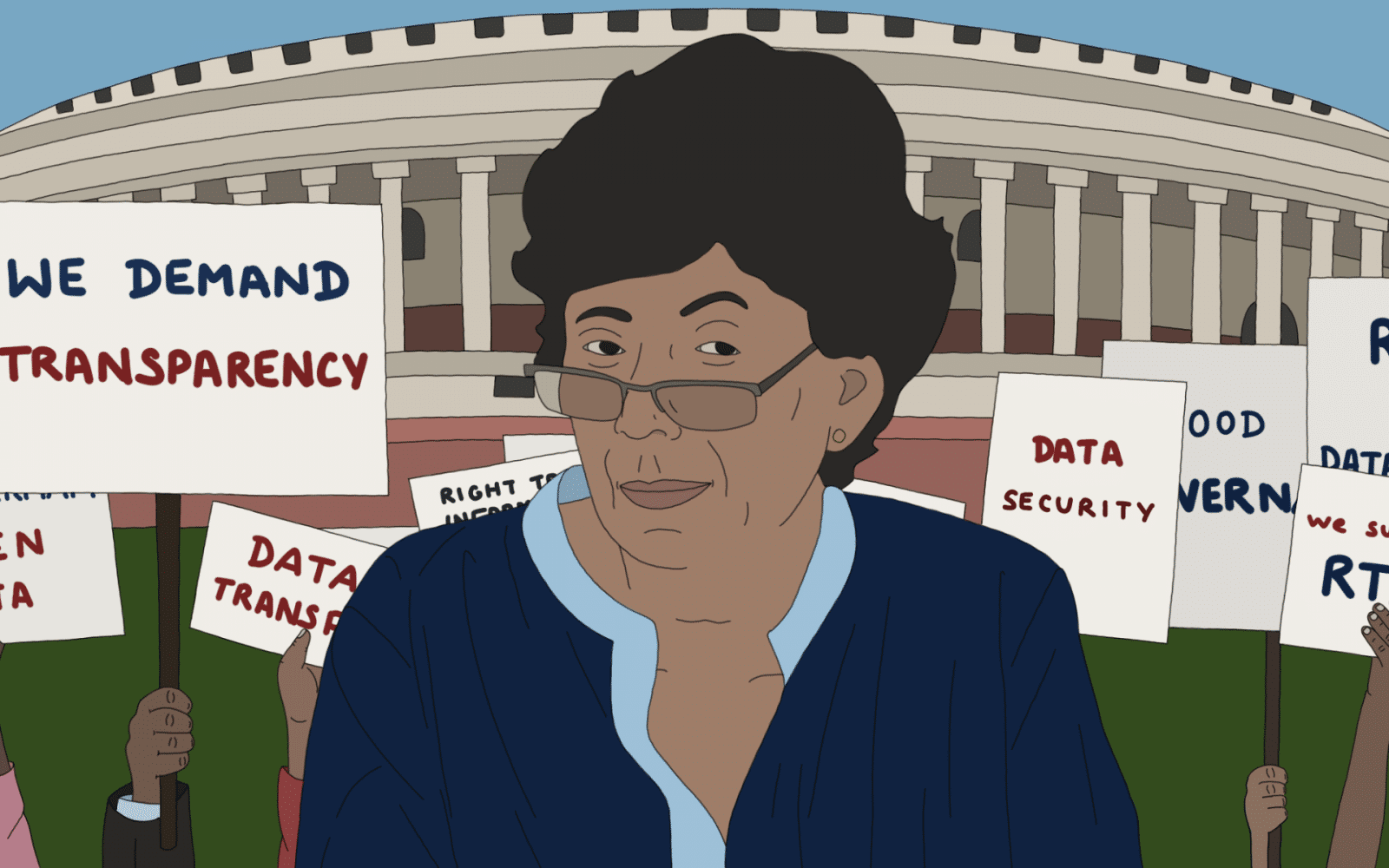 Leave no one behind: A large question  mark on the democratic promise of digitalisation

India is a populous nation and is home to nearly 140 crore (1.4 billion) people. 905 million people out of the total sum reside in rural areas. 65.4% of this rural India does not have an internet subscription, as per the Indian Telecom Services Performance Indicator Report 2020, and World Bank Telecommunication/ICT Indicators Database. Moreover, the digital literacy rate in rural India stands at 25% [Niti Aayog, 2021].

In light of this inaccessibility to digital services, Apar Gupta from IFF talked about fallacies of the policies of the Indian government to facilitate vaccination drives for individuals aged 18-44, through a single online portal called CoWIN. This portal had no disability-friendly features, and the language was primarily English. In addition to this lack of accessible features, the CoWIN website had no privacy policy in place despite it collecting a wide range of personal data. While it was stated that the Data Privacy Policy of the National Health Mission would govern CoWIN, its applicability was not specifically defined. In the absence of internet services and knowledge of the portal’s functionality amidst rural India, this population continued to bear the brunt of discrimination. Also, during the onset of the COVID-19 pandemic in India, Aarogya Setu, a contact tracing app was made mandatory by the government as a precondition to gatherings and human mobility. For migrant labourers in India who move to urban areas for better work opportunities, this provision left them stranded primarily due to the assumption that every Indian has access to a smartphone. On average, a smartphone costs more than a month’s salary for many workers. Millions of migrant workers were stranded without the app, without transport, without income, with food shortages, and an uncertain future.

It was then that IFF along with 50 other organisations across sectors, and around 100 other prominent leaders wrote to the National Disaster Management Authority (NDMA) highlighting these very grave violations. Subsequently, downloading the Aarogya Setu app provision became voluntary. Reflecting on cross-cutting approaches, intersectionality, and the needed solidarity among organisations across sectors, Apar told us that while thinking of access to technology and the internet, it becomes imperative to put historical inequities, gender lens, disability, and caste lens into perspective. Even within marginalised communities, the experience of marginalisation is not homogenous, so access to technology and the internet should therefore be considered keeping in mind existing issues around livelihoods, right to speech, and expression.

“Internet is not unique in terms of it not being there, and most of it falls around an economic access which manifests itself through that kind of social discrimination, which has historically been based on caste and gender.” - Apar Gupta, Internet Freedom Foundation 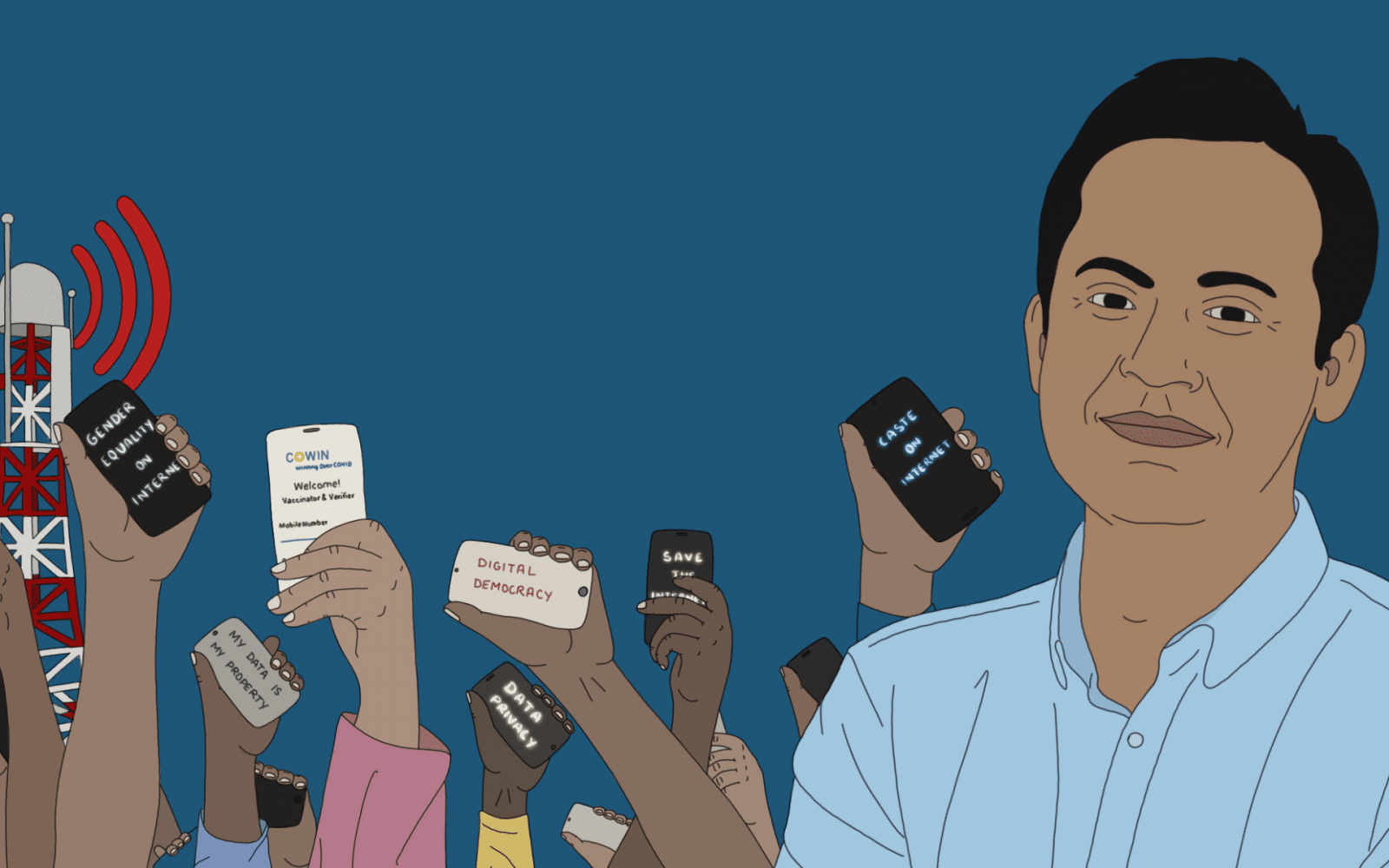 Digital rights are no different than human rights

Osama Manzar, from Digital Empowerment Foundation (DEF) (a non-profit organisation that seeks to help people learn how to use digital tools and the Internet to achieve greater socio-economic equality), also underlined the very same thought, that digital rights serve as the gateway to human rights. Access to information is entwined with exercising fundamental rights like the right to food and shelter.

Further, he highlights that the discourse surrounding digital rights predominantly revolves around a top-down approach with lawmakers and bureaucrats, who are not cognizant of the ground realities. As a result, there is disconnect among stakeholders, and communities which exacerbates issues, instead of solving them. This is precisely why a bottoms-up approach, which aims to empower the voice of the community is better equipped at solving relevant digital issues.

"Digital rights are no different than other development issues that we are currently facing. In fact, a proper framework of integration between these issues would not only make it exponentially faster to solve, but also provide stability in the long run. Because in any case, we are not envisaging a life without digital infrastructure, it is merely a matter of how, when, and contextually how relevant." -Osama Manzar, Founder, Digital Empowerment Foundation 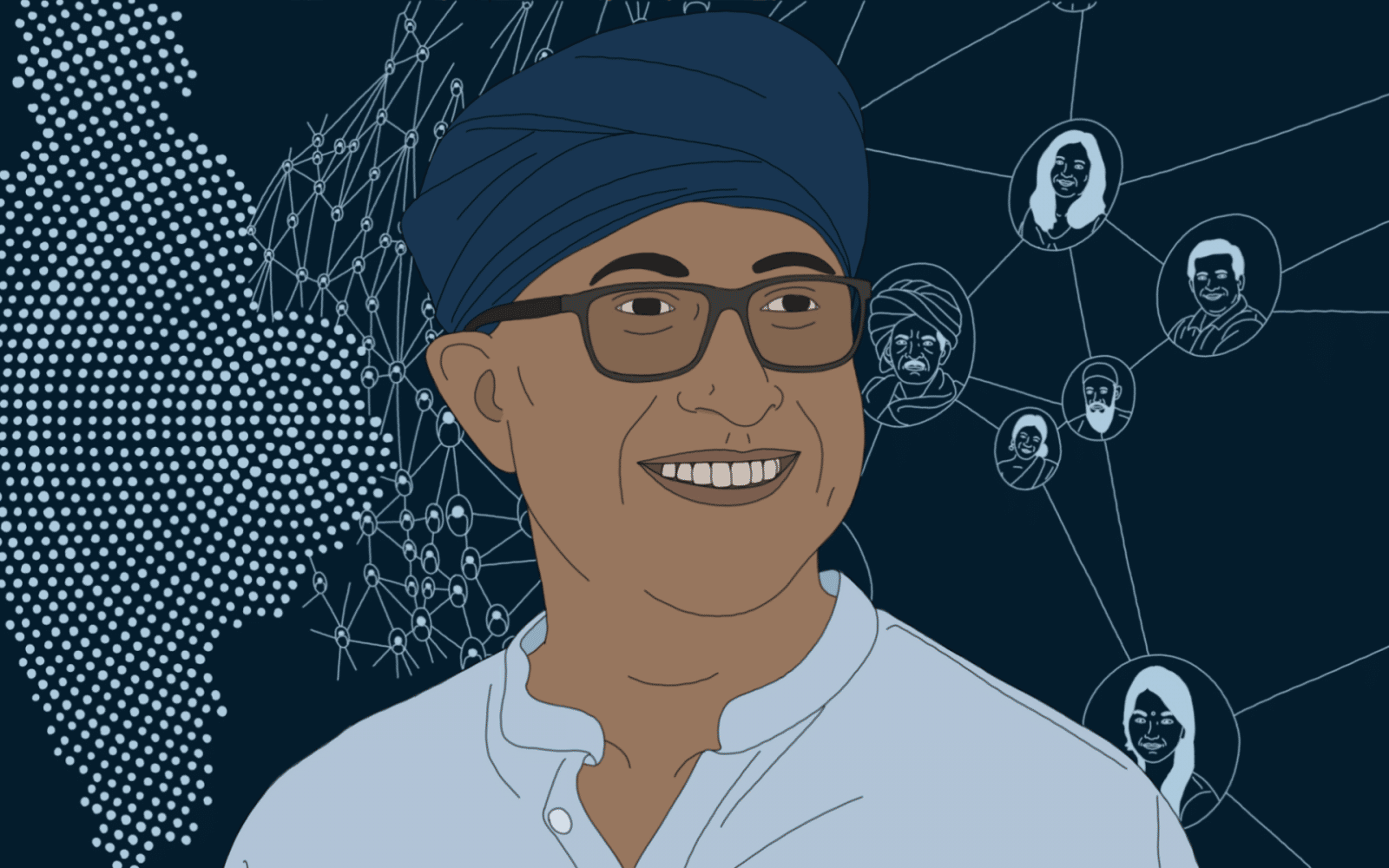